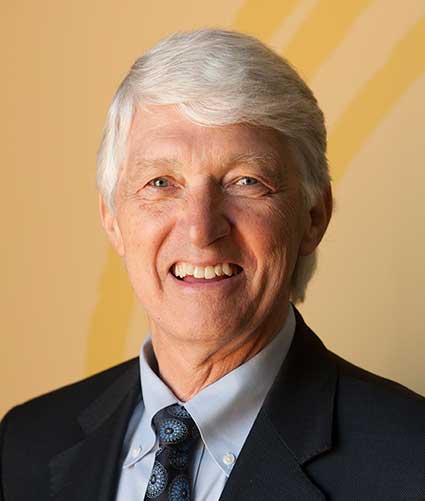 American biologist and Emeritus Professor of Biology at Washington University in St. Louis. He was awarded the 2001 Wolf Prize in Agriculture for the use of recombinant DNA technology, to
revolutionize plant and animal sciences, paving the way for applications to neighboring fields.

1973, Ph.D. in plant pathology from Michigan State University
1991-1998, Head of the Division of Plant Biology at The Scripps Research Institute 2009-2011, First Director of the U.S. Department of Agriculture’s National Institute of Food and Agriculture
2014-Present, the Founding Executive Director of the World Food Center at UC Davis

1997, Member of the National Academy of Sciences 2001, Wolf Prize in Agriculture
2004, Fellow of the American Association for the Advancement of Science

Roger Beachy is an expert in plant virology and biotechnology of plants. He established principles for the genetic engineering of plants, which make them resistant to viral diseases. His research at Washington University in St. Louis, in collaboration with Monsanto Company, led to the development of the world’s first genetically modified food crop, a variety of tomato that was modified for resistance to virus disease. He demonstrated pathogen-derived resistance in plants and produced the first disease- resistant transgenic plant. He also showed that by transferring and expressing the coat protein gene of a virus in plants (coat protein-mediated resistance - CP-MR), these transgenic plants become resistant to viral infection. His discovery of the CP-MR led to the development of virus-resistant varieties of potato, tomato, cucumber, etc.